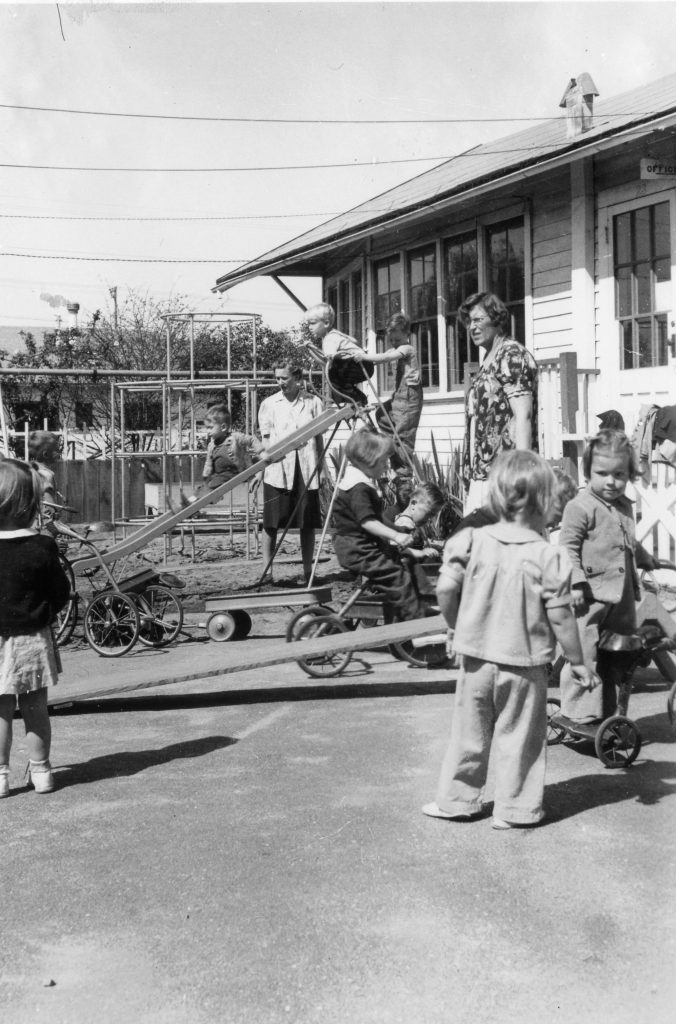 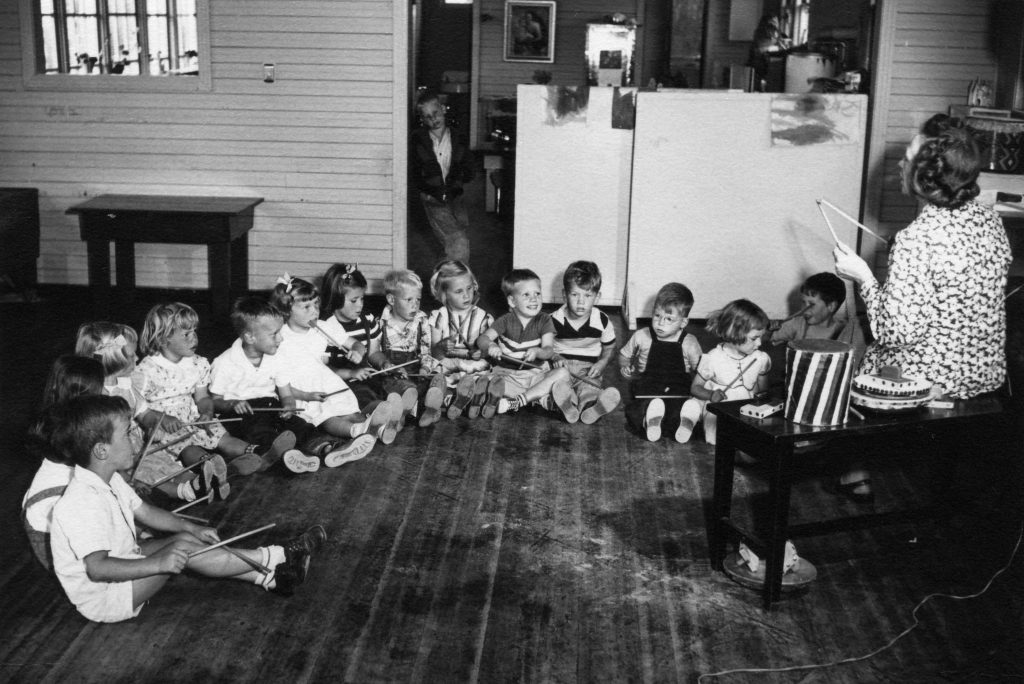 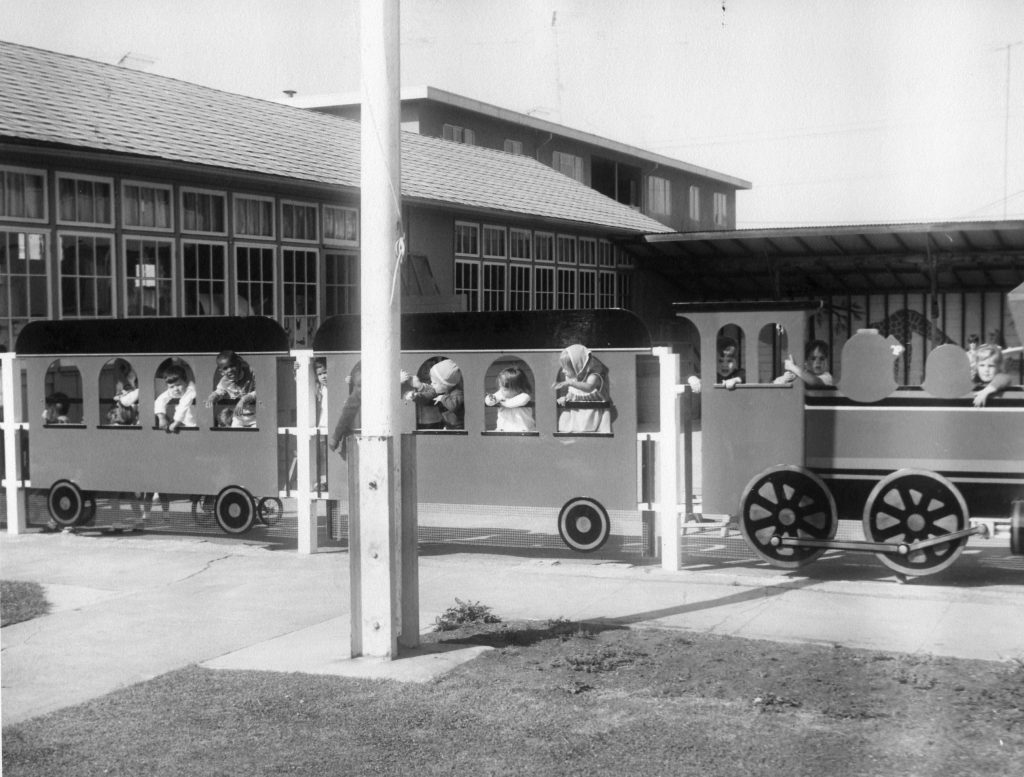 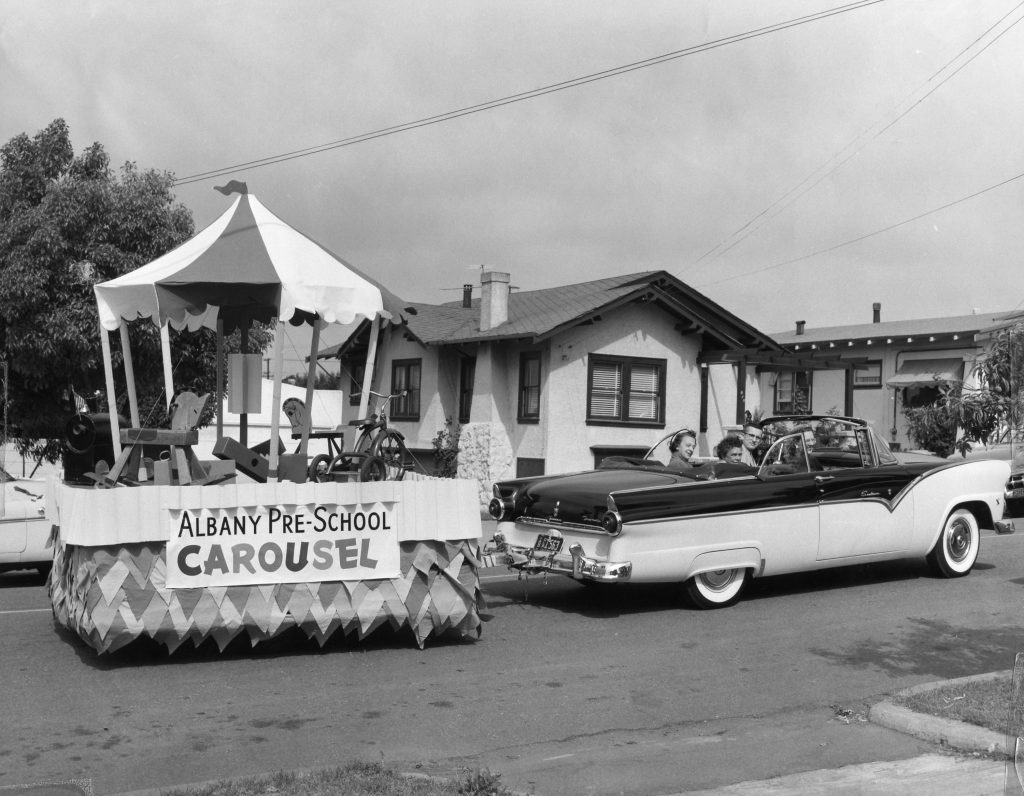 July 15, 1937: Mothers of attending children met and formed an educational and social club to support the play center. Meetings were bi-monthly and the 25 cents dues charged provided juice for the preschoolers.

October 1937:  The need for a more protected facility resulted in the transfer of two portable buildings from the high school grounds to four city lots on Masonic near Solano. One of the these buildings housed the offices of the Recreation Department and the other opened in October 1937 as the Albany Preschool. The Mothers’ Club continued to supply juice and handle special holiday celebrations, as well as holding numerous successful fundraising projects to supply equipment to the new playschool.

Early 1940:  Because of the high enrollment, a second center was established at the Albany Community Church (Marin & Stannage Avenues), but it was a short-lived addition.

1942:  The W.P.A. was forced to withdraw funds because of World War II. The Albany City Council and the Recreation Commission provided the necessary funds to maintain the original play school and the mothers now participated in its operation. At the same time, training these mothers became part of the day and evening adult education program at Albany High School.

September 1943: The Preschool tried to meet the increasing attendance demands by maintaining an afternoon session (for older preschoolers) as well as a morning session (for younger preschoolers). Despite the double sessions, there was consistently a substantial waiting list so preference for enrollment was given to Albany residents.

A major influence on Albany Preschool was Mrs. Nell Curran. She came to the Preschool (then Miss Nell SMith) in 1939 as Mrs. Quiggle’s assistant. In 1941, she became the Director and held that position until her retirement on October 1, 1971 – giving a total of 32 years service to the Preschool. In February 1970, Georgia “Joan” Castell came to assist Mrs. Curran and in October 1971, became Director. She held that position until June 1974. Nancy “Bobbi” Steinhart with Marilyn Rie assisting were the last Directors to manage both sessions. In 1974, Marlin Rie became Director of the morning session, and Helen Sommers Director of the afternoon session. Then, at some point the participating parents were trained as Directors at the Preschool rather than in the adult evening education program. There was a loss of funding from the state when evening classes were no longer required, so the Parents’ Club began to contribute financially to the school to supplement the City’s Preschool budget allowance and also supported the school by taking care of necessary maintenance and funding special projects. Parents participated once a week as staff and met as a club once a month. 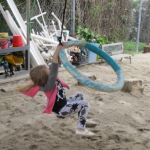 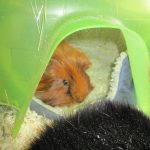